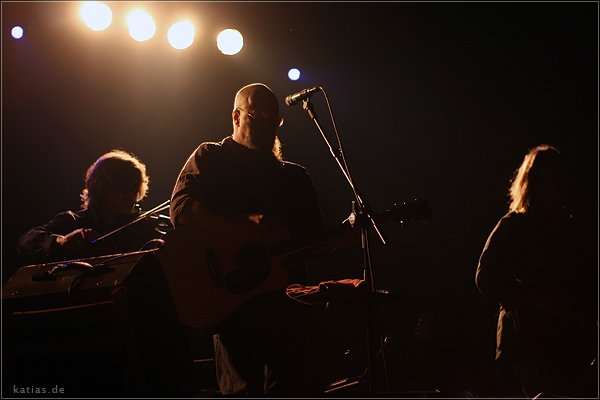 http://www.praguemonitor.com/en/193/cinema_in_prague/13450
The interview with Boris Grebenshikov was broadcasted as a MOFFOM podcast (Music on Film – Film on Music Festival in Prague).


@ Long Way Home: "It was fun, but personally I think that all the best things were cut out. What was left is really too politically correct for me".
@ Rebellion with a cause: "Life in general, in the last few thousand years, shows that human beings don't usually come up with the great solutions for life's problems. And this attitude is always something to rebel against".
@ Transition from a political to a spiritual approach: "When I was young, like everybody else, I was looking for the best drug. Religion is that one, because you don't have any hangover, you don't need to come down and it's relatively safe. The plus of Aquarium is that we never have taken any kind of politics into consideration. The main thing is to remain human and see how we can help anybody else. This was true then and it's still true now. Politics has changed, but human beings do not".
@ Radio Silence: "I'm rather proud of that album, it was quite nice by the standards of its time and I still have pleasure listening to it now... Having Annie Lennox and Chrissie Hynde as backing vocalists is not bad for starters".
@ Planning to write another album in English: "Not really, because I don't see any purpose in that. Russian is my first language and I work better in it. But presumably I think I could".
@ Relationship Russia-West through culture: "I think that Russia has suffered all these centuries, not really wanting to be a part of civilization. I may be wrong, of course, but Russians say: oh, these Westerners, they do not understand Russian soul - which is bullshit. What about Irish soul, or South-African soul, or Indian soul? Everybody has soul, there's nothing mystical about Russian soul, it's steady refusal to do something up to standards".
@ Indian and Celtic influences in music: "I was searching - basically since I heard Sargent Pepper, or even before, Revolver. When I heard Indian music for the first time, I said: oh, that's it, that's really interesting! And then I searched for something that makes me high. So I went to India, to Nepal, I spent a lot of time in monasteries... it all comes together for me, so I'm trying to put it into music as well".
@ Aerostat: "I realized that I love a lot of different music and people don't usually get to hear this... and people who love this music are dying out... Bob Dylan is doing pretty much the same thing... (Interviewer: And Joe Strummer was doing it as well at the end of his life). Really? Man, I loved him! I missed the chance to getting really drunk with him and this is one of the things in my life that I really regret".
@ Globalization and Russian pop music (compared to the '80s): "It was one kind of shit then, it became a different kind of shit now, but it's still shit. I don't think that it's a big change".